10 reasons why Japan is a great country for bike tourism 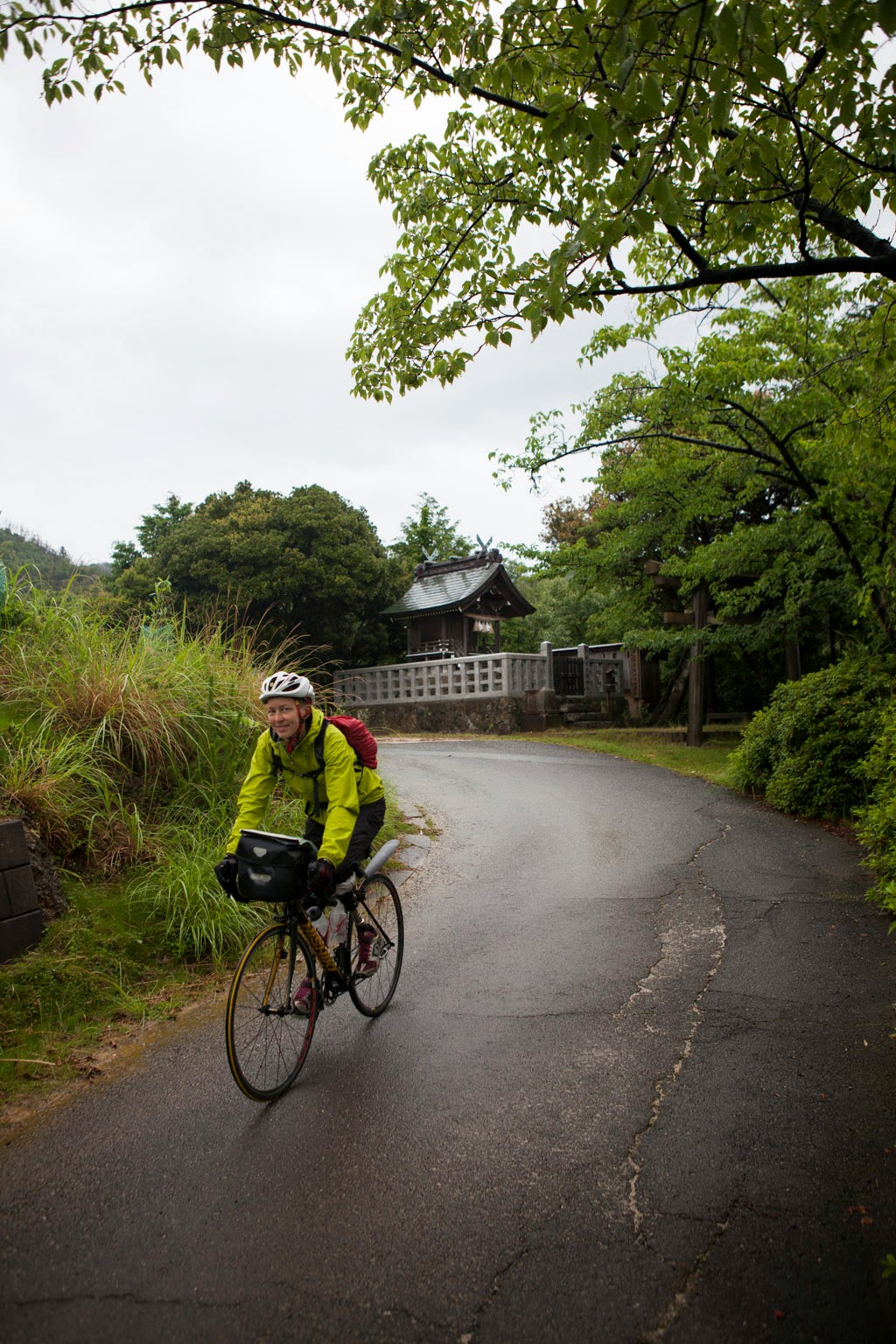 1. It's really safe. You can leave your (locked) bikes on the street at night and sleep in a tent in a park and your gear won't get stolen and you won't get harassed. There's a lot of traffic but the drivers are polite and generally drive at a much lower speed than they would on a similar road in Europe.

2. It's not as expensive as you'd think. Accommodation is not cheap, especially in the cities, and you pay a lot for fresh fruit and vegetables, but if you bring a tent, eat supermarket sushi and/or cook your own meals you can get by with the same kind of money you'd spend cycling in Europe.

3. The people are very friendly. They'll help you out in every imaginable way when you get in trouble and politely ignore you when you're getting our of your tent in the morning.

5. There are plenty of toilets. A small but important point for cyclists: there are tons of clean and accessible toilets on the roads and in the cities, often clearly marked on the city map that you'll get from the tourist information usually located at the central train station. Some older toilets are of the squatting kind, but usually there's also regular toilet seat available, at least in the disabled toilet.

6. There are plenty of convenience stores. These small wonders are everywhere on the roadside (the longest distance we've cycled without seeing one was about 50 kilometers, but that was very unusual). They're open 24 hours a day, have toilets and sell drinks, food and pretty much everything you might need on the road. Seven-Eleven has ATMs that work with foreign cards and Lawson Station has free mobile wifi (if you can get someone Japanese to set it up for you on a computer that's already connected to the internet).

7. You can avoid the rainy season. The European summer holiday months aren't considered the best time to travel to Japan as the weather can get very hot and humid, but there's no rainy season in the north where the temperature also stays at a more pleasant level.

8. There are plenty of easy ferry connections. We visited all the four main islands plus six small ones along the Shimanami Kaido, and ferry connections made it very easy to get from one island to another. There are short-distance ferries connecting islands as well as long-distance ones which you can use to save you days of cycling, and the prices are very affordable. Just let them know that you have a bike when buying your ticket as there's usually a small extra fee.

9. There are plenty of places to take a bath. There are public baths and hot springs in nearly every town, and once you've learned the etiquette of getting naked and washing yourself before entering the bath they're super easy to visit despite the language barrier. Relaxing in hot water is the perfect way to finish a long cycling day! Just note that men and women have to bathe separately and that tattoos are usually not allowed.

10. You can easily survive with English (and some sign language). Nearly all road signs are in English so you don't need to have a Japanese map or to be able to read Japanese. (Having a GPS really helps, though, because the maps we've found haven't been super detailed.) Even though most people only speak a few words of English they understand a bit more, and if you really need to get yourself understood you can usually find someone who speaks more English.
Posted by Kaisa & Christoffer Leka at 5:35 AM No comments: 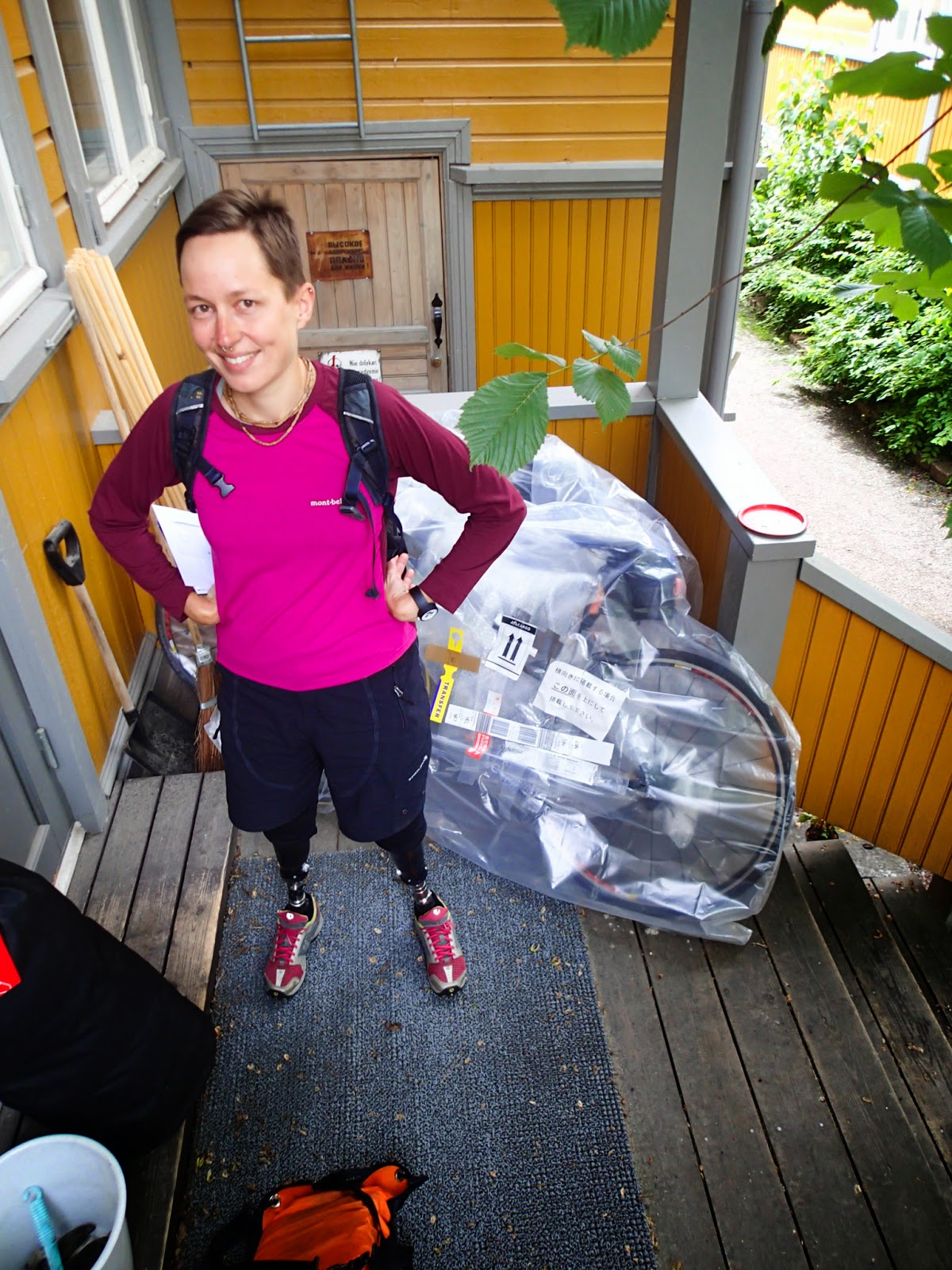 Two cyclists, two bikes, two backpacks, two helmets, two handlebar bags, one trailer and one dry bag all made it back to Porvoo, Finland. Now the plan is to sleep indoors for a few nights, enjoy Finnish rye bread and fresh strawberries, go kayaking and start to think about next year's adventures!
Posted by Kaisa & Christoffer Leka at 7:16 AM No comments: 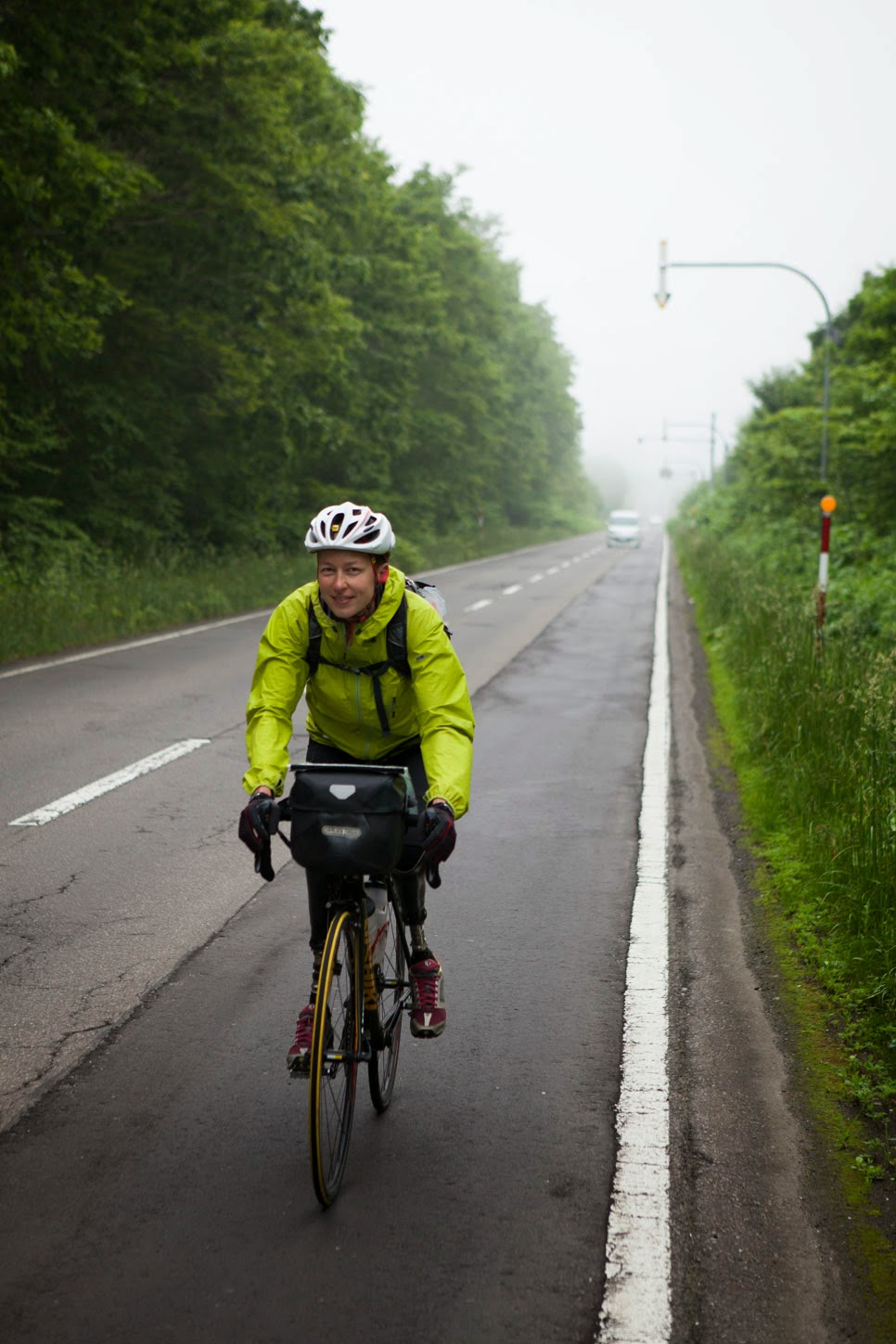 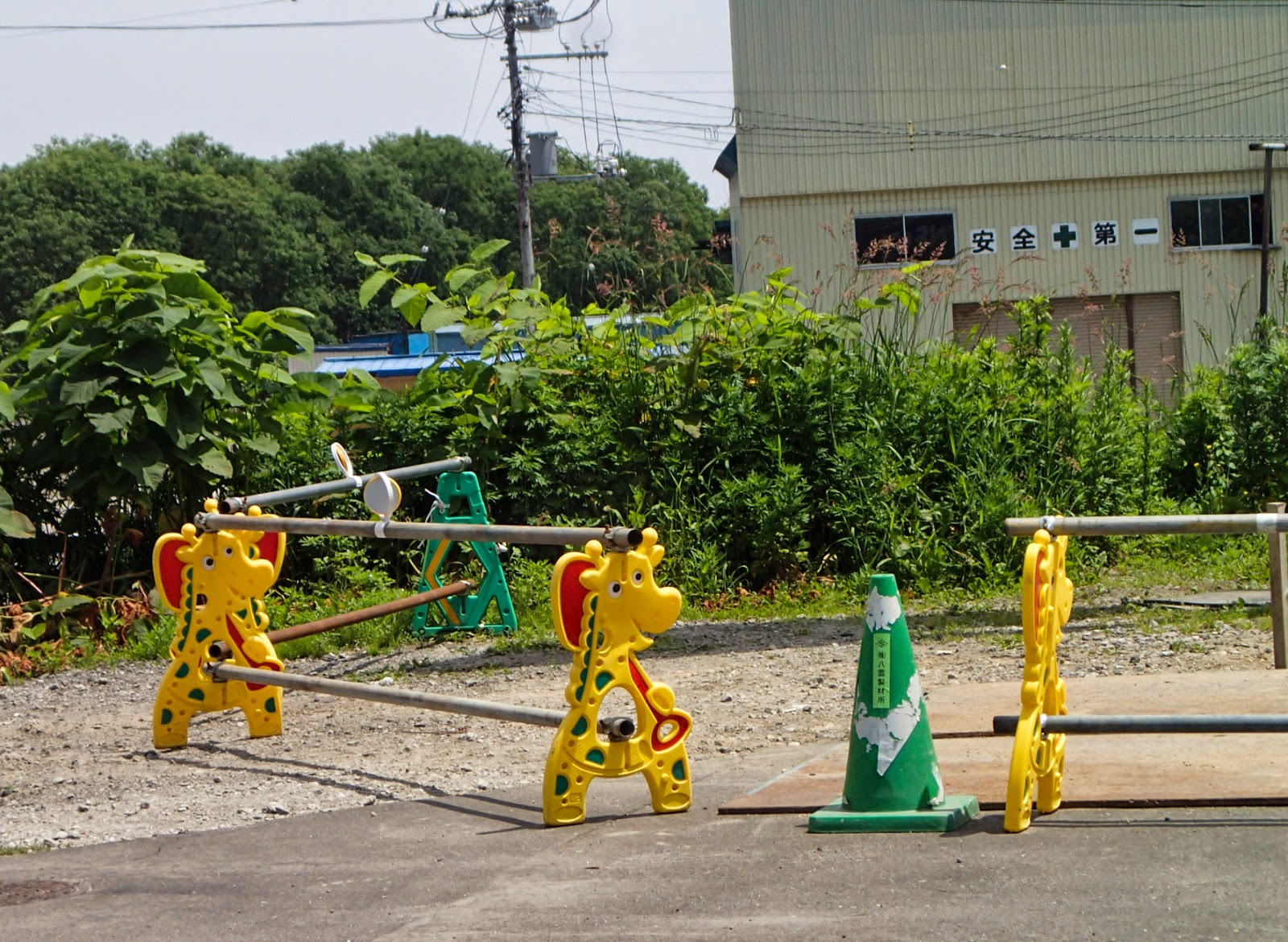 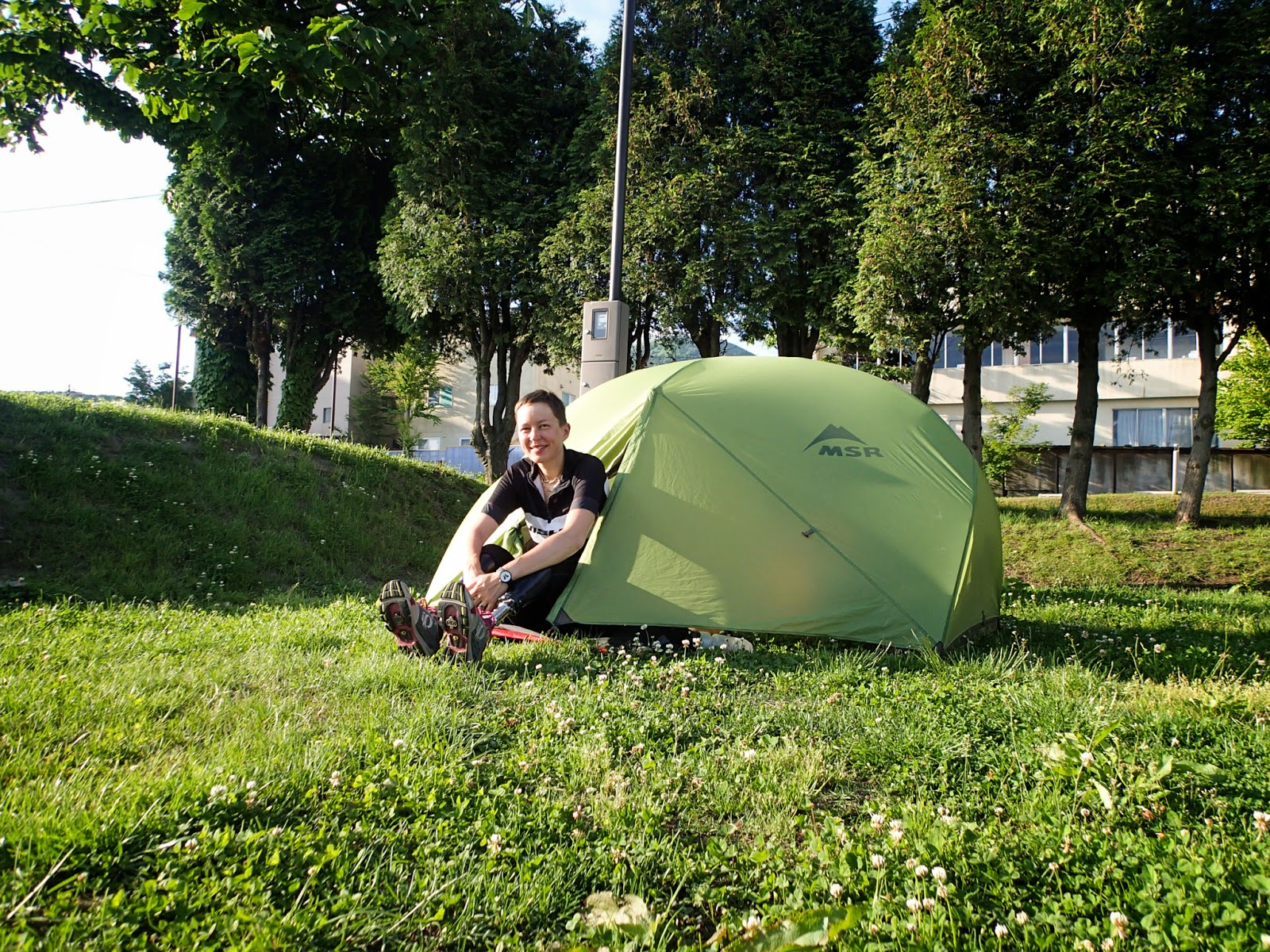 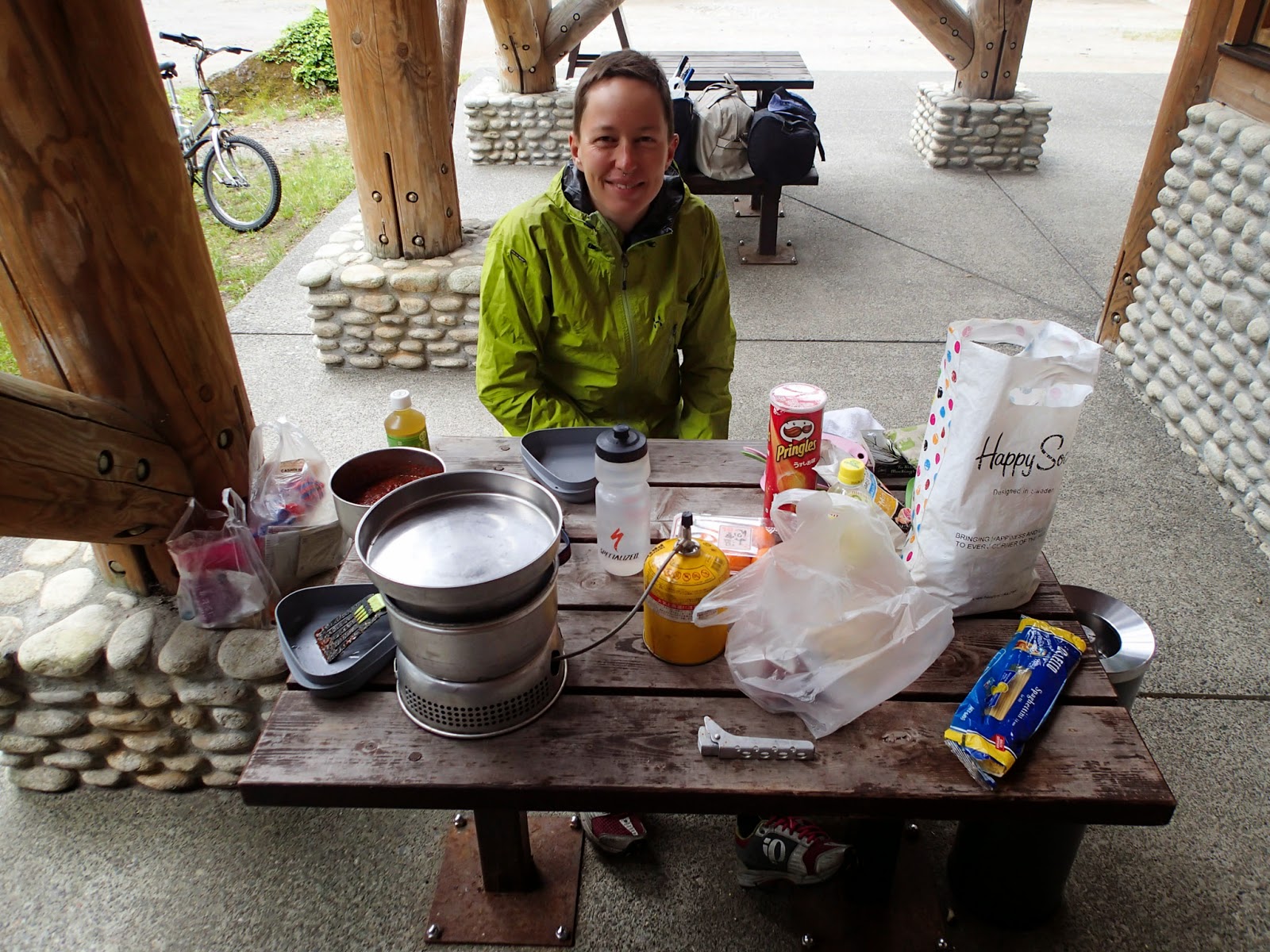 The best airport ever 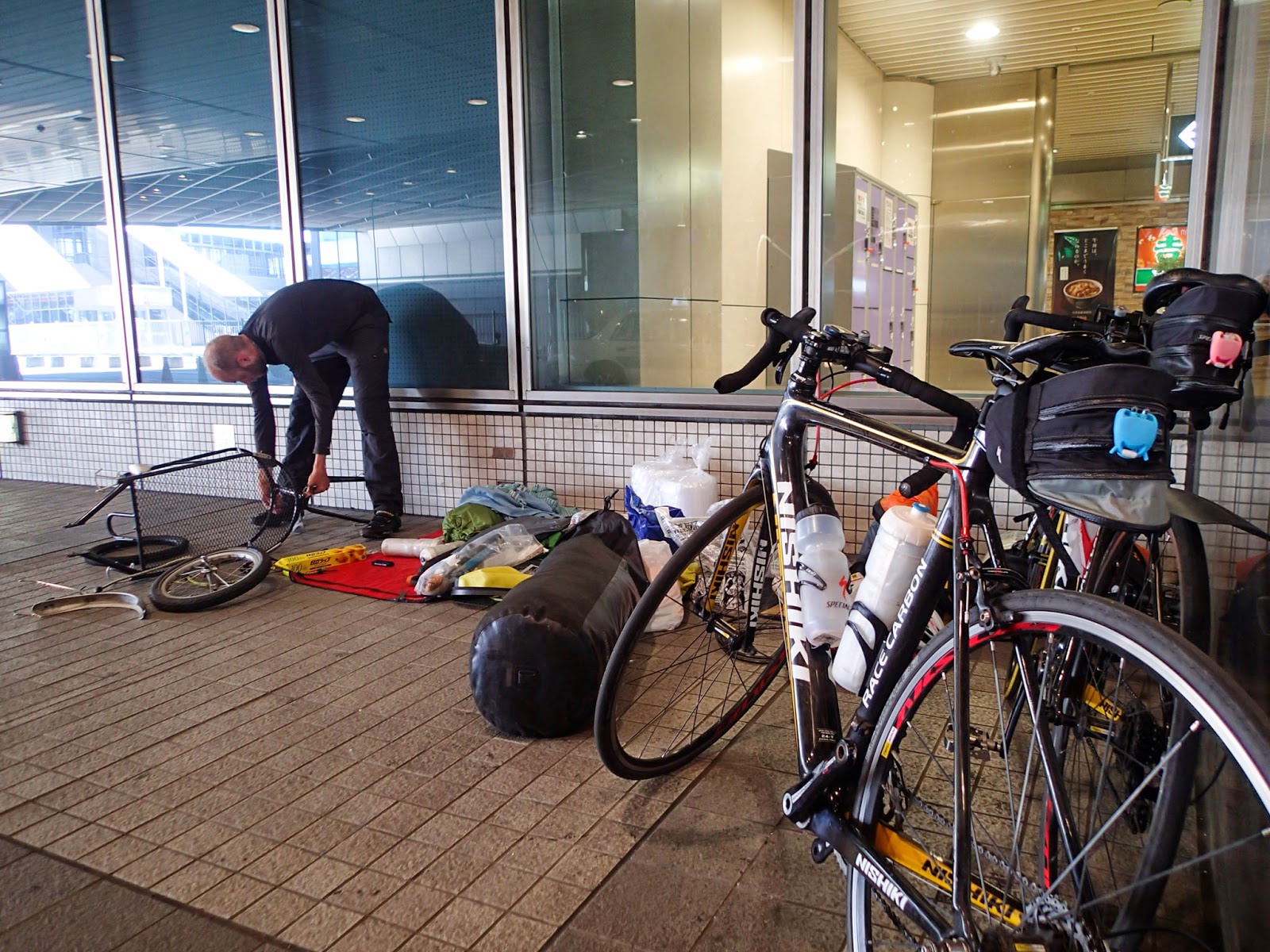 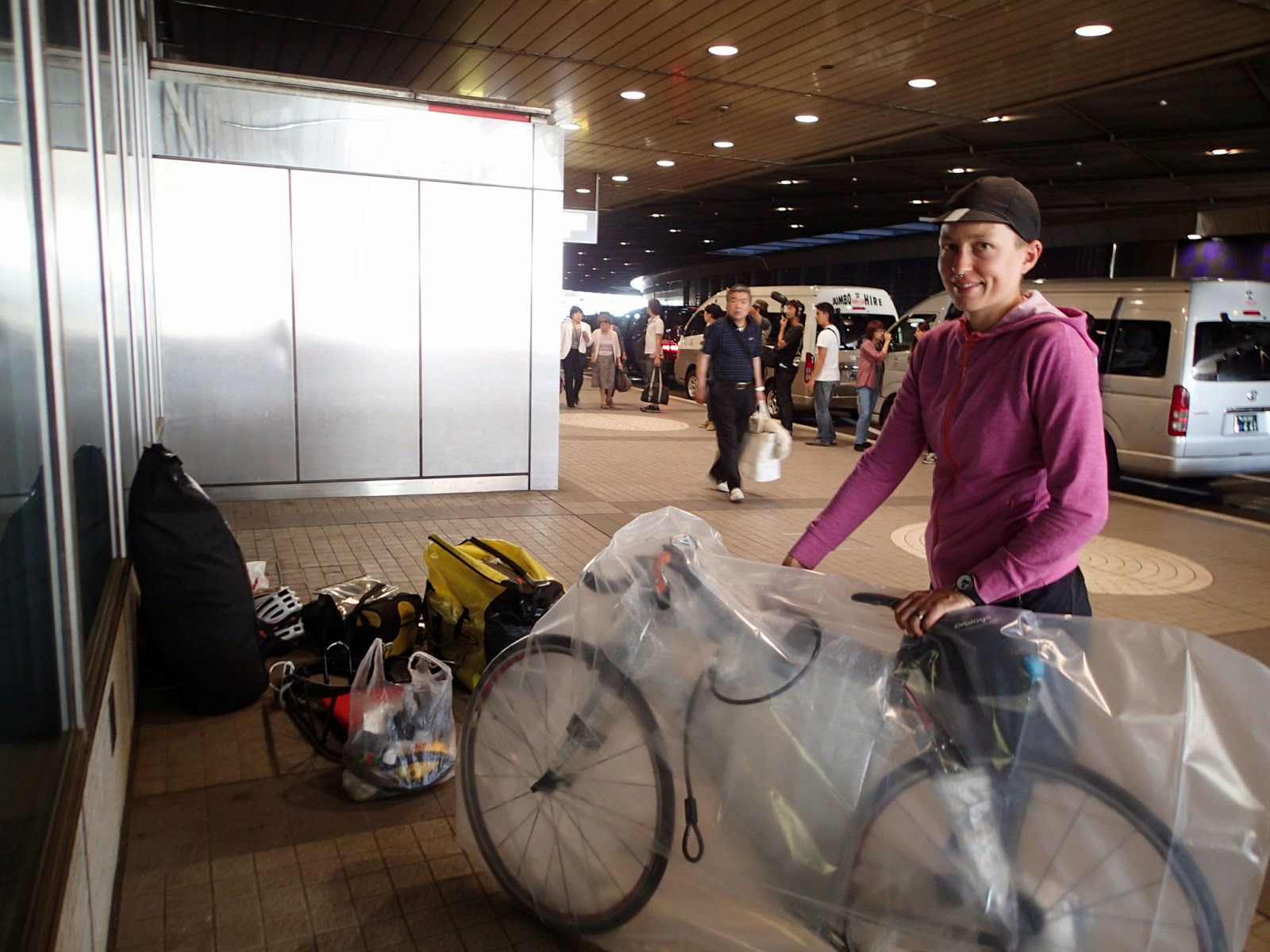 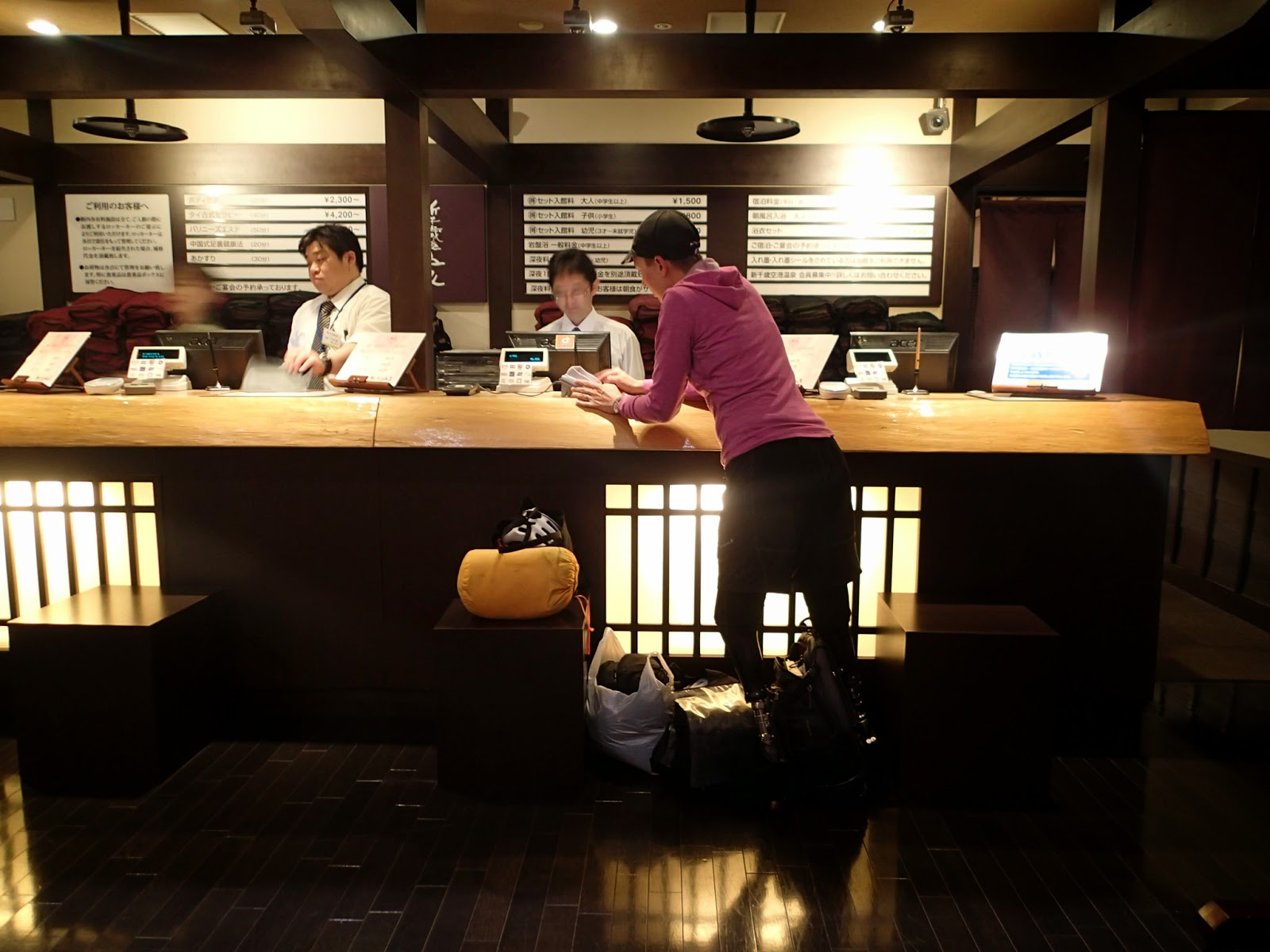 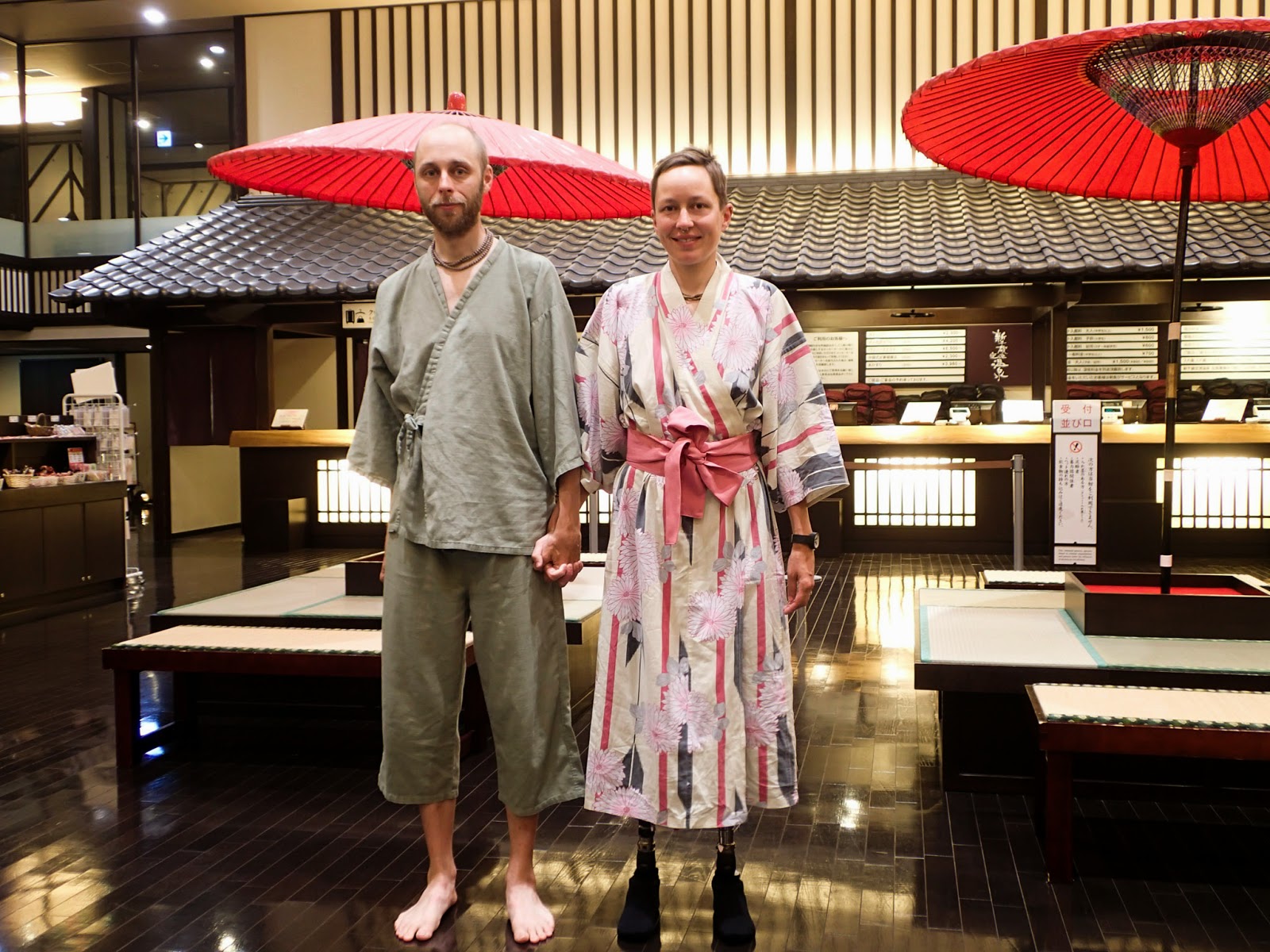 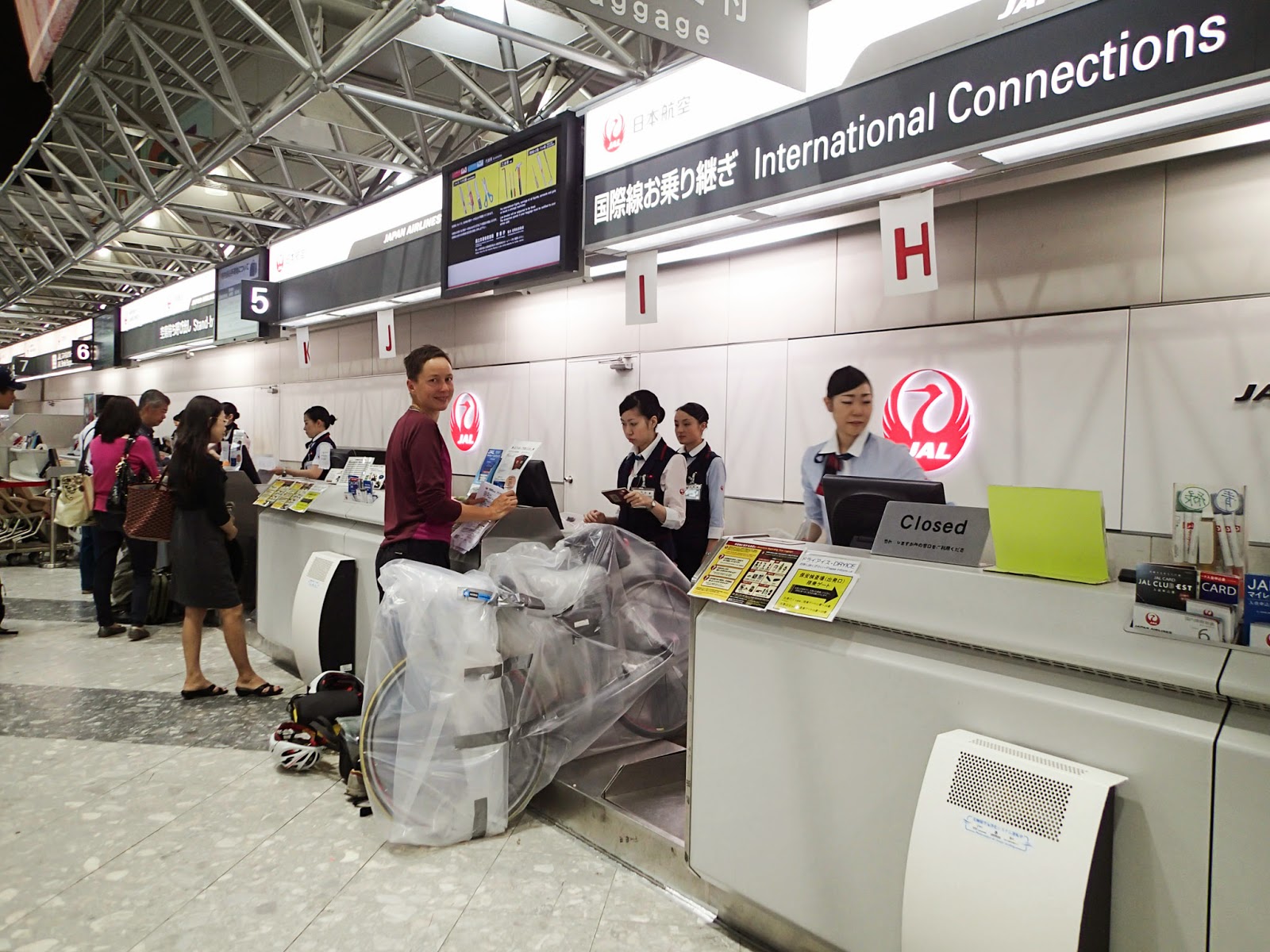 Packing up the bikes and squeezing all our stuff into the bags was a sweaty two-hour ordeal, so we felt we had definitely deserved a visit to the Chitose (Sapporo) Airport spa. We had an early flight back home had planned to spend the night in sleeping bags on the floor of the airport but soon found out this was actually forbidden as the airport would be closed at night.

However, this being Japan, the airport has a very affordable spa where you can also spend a night in a "relaxation room". This means a quiet space with a large amount of reclining chairs where you can read, watch TV and fall asleep in the stylish yukata provided by the spa. We soaked ourselves in four different baths and enjoyed two different saunas in the evening, had breakfast in the morning and descended to the Japan Airlines check in desk feeling thoroughly pampered.
Posted by Kaisa & Christoffer Leka at 7:13 AM No comments:

In hot and cold water 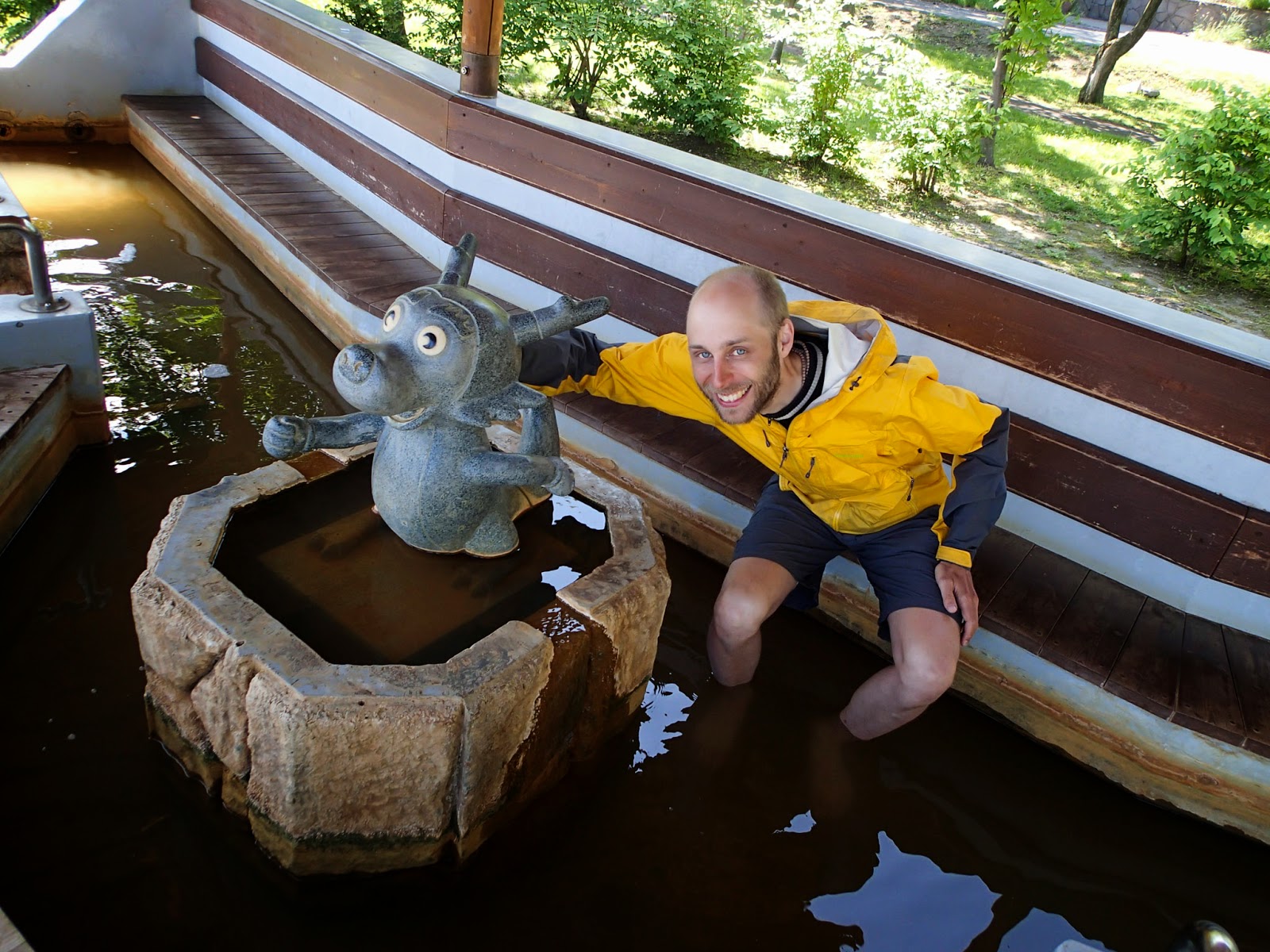 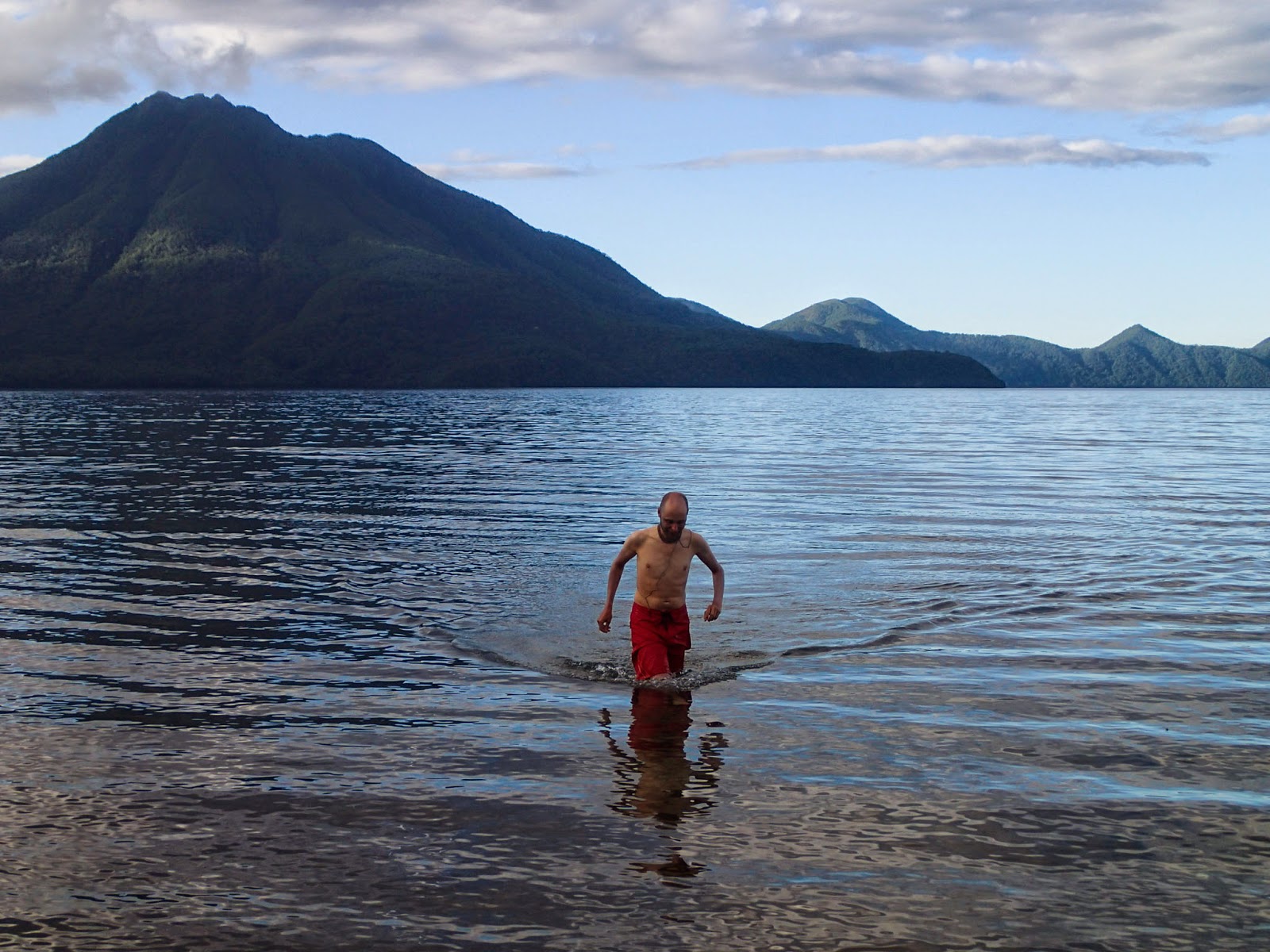 The cute little dragon guarding the hot foot bath is Toyako Onsen's town mascot whose name we've unfortunately forgotten, and the slightly bigger and colder body of water is Lake Shikotsu.
Posted by Kaisa & Christoffer Leka at 7:07 AM No comments: 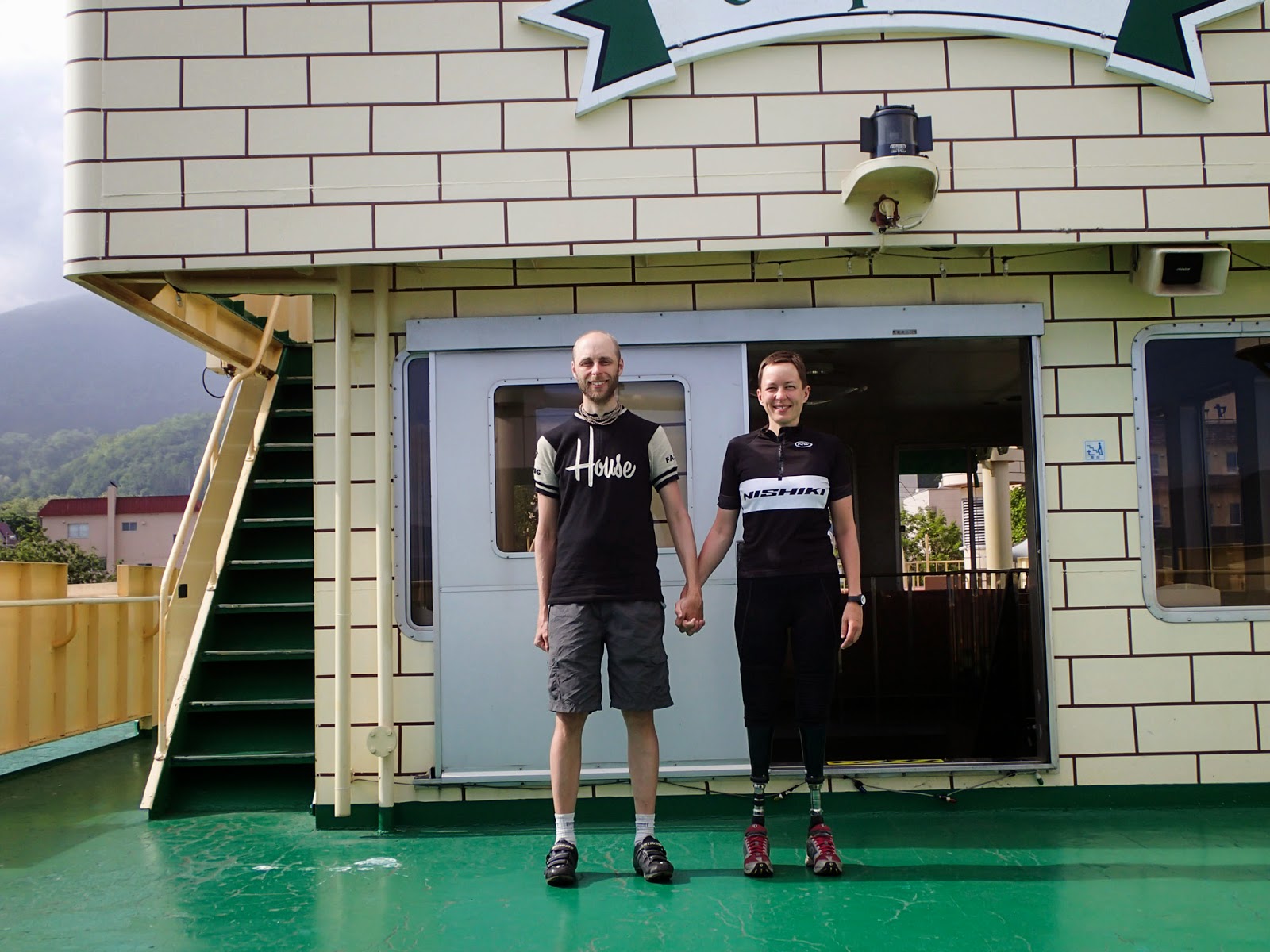 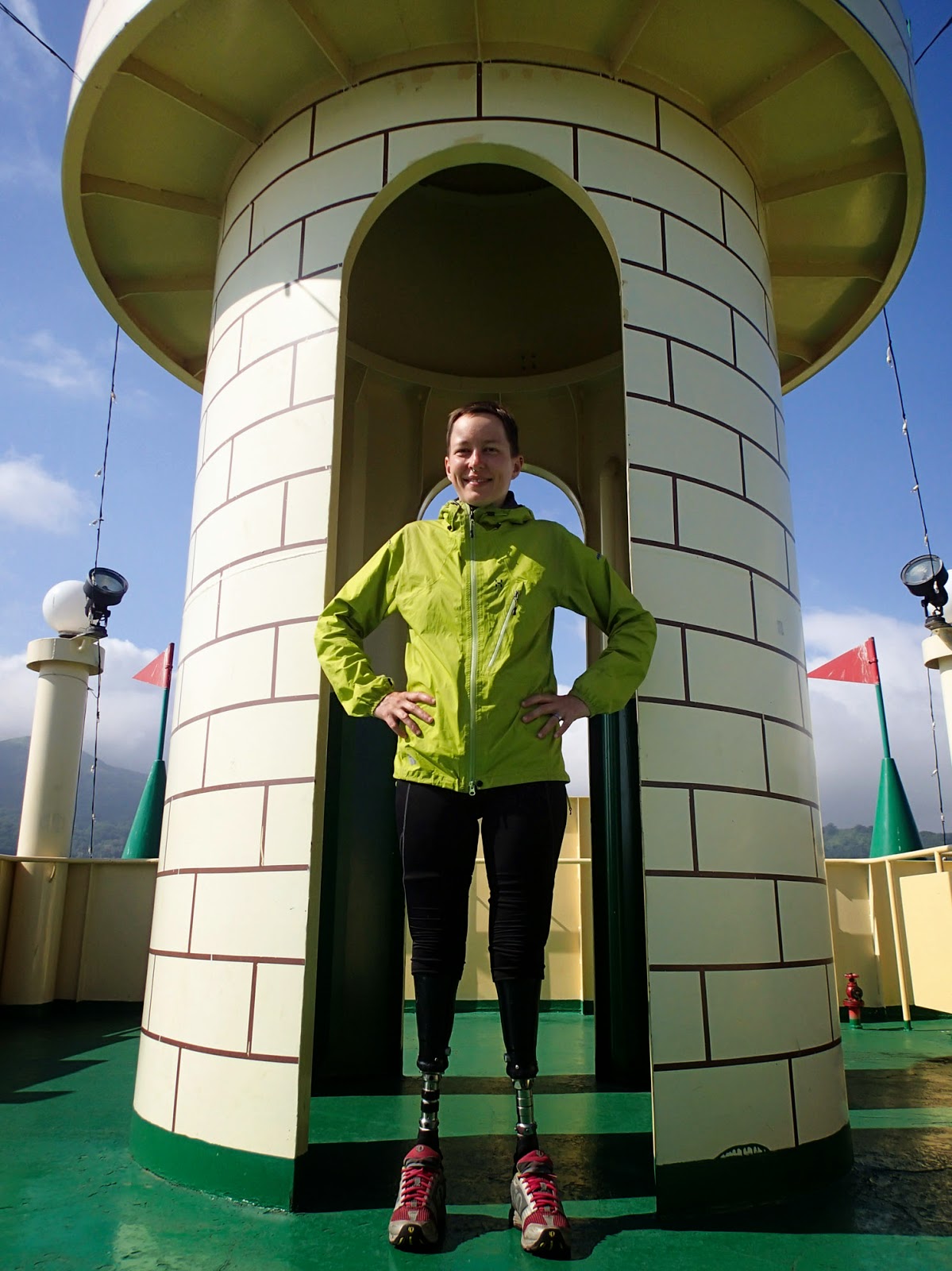 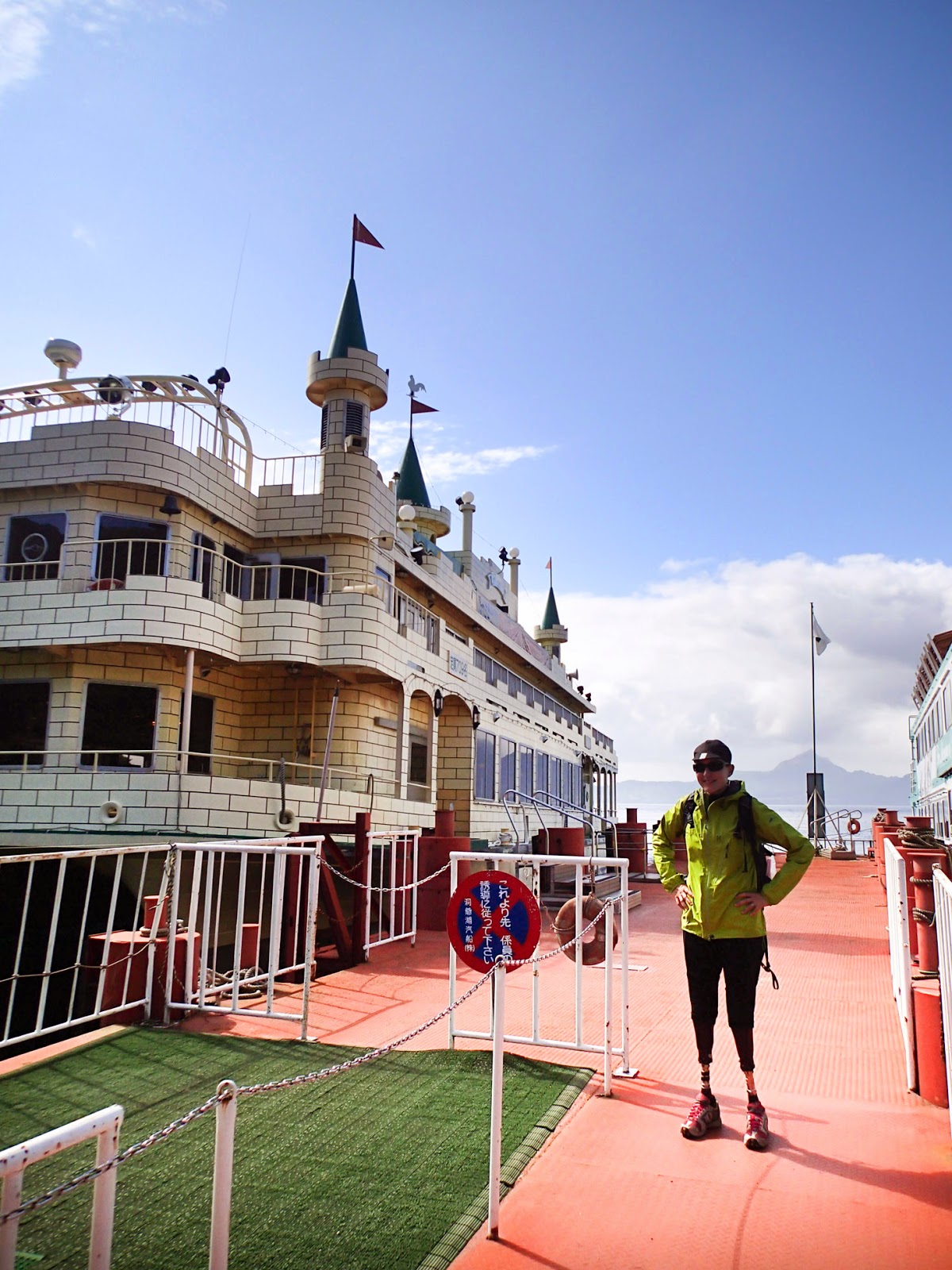 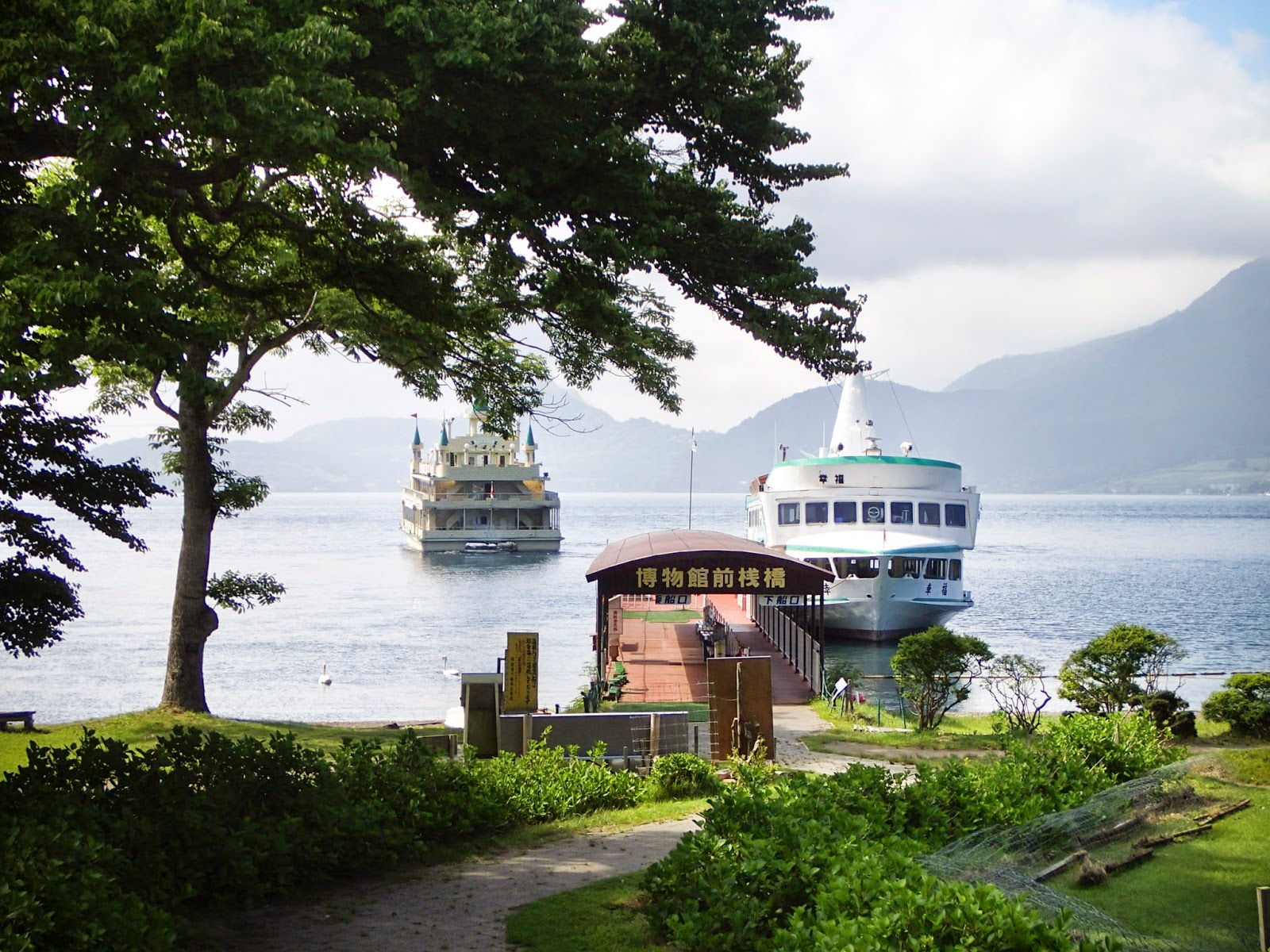 We stayed overnight in the lakeside park at Toyako Onsen, enjoying the fireworks display at night and waking up to the sound of a large bell a man had tied around the neck of his dog. As we had a short cycling day ahead of us we decided to embrace our inner tourists and go on a small cruise on Lake Toya in this baffling ship. The tickets would seem to indicate that it was modeled after Peter Pan's castle, and we giggled all the way to the small island in the middle of the lake.
Posted by Kaisa & Christoffer Leka at 6:59 AM No comments: 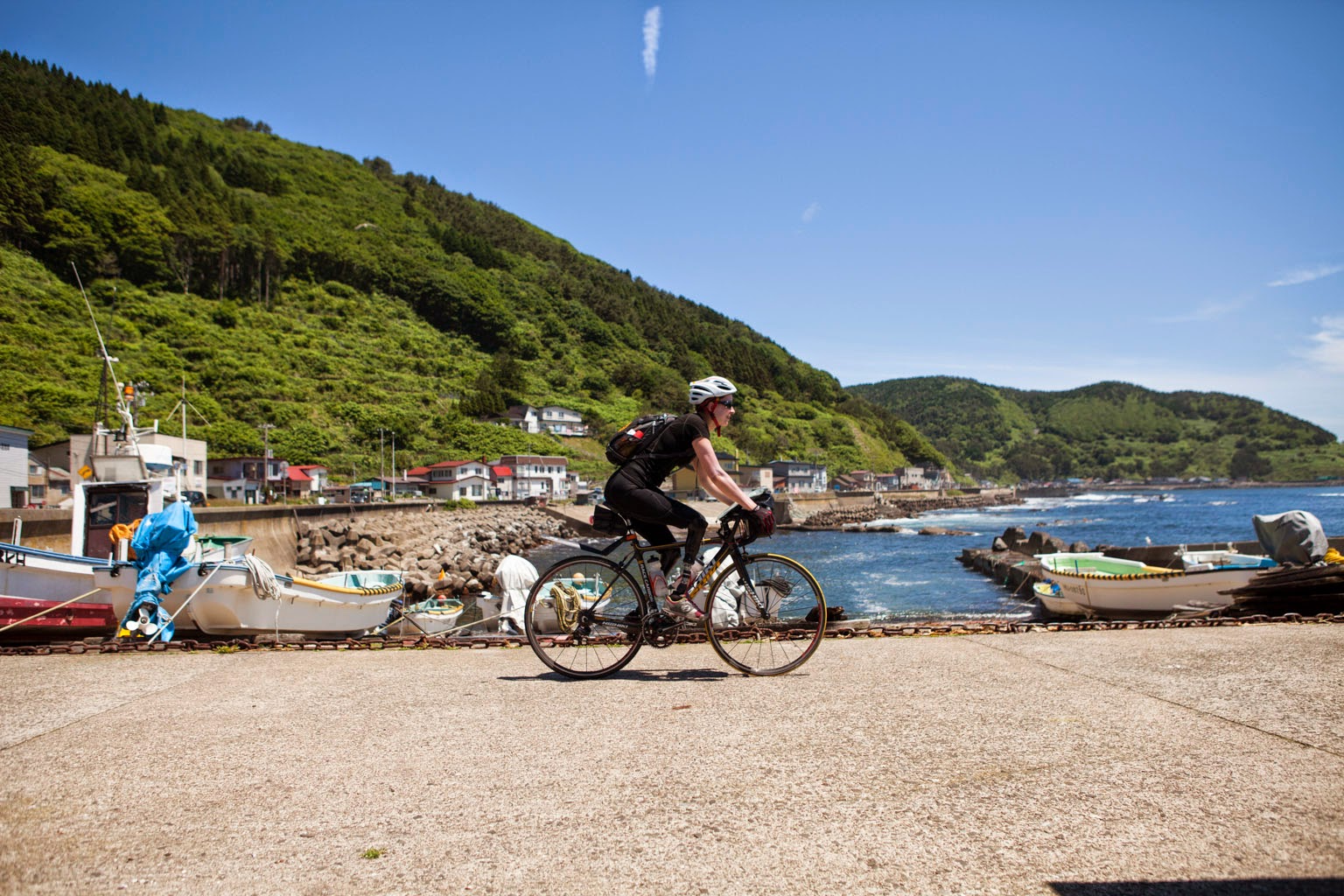 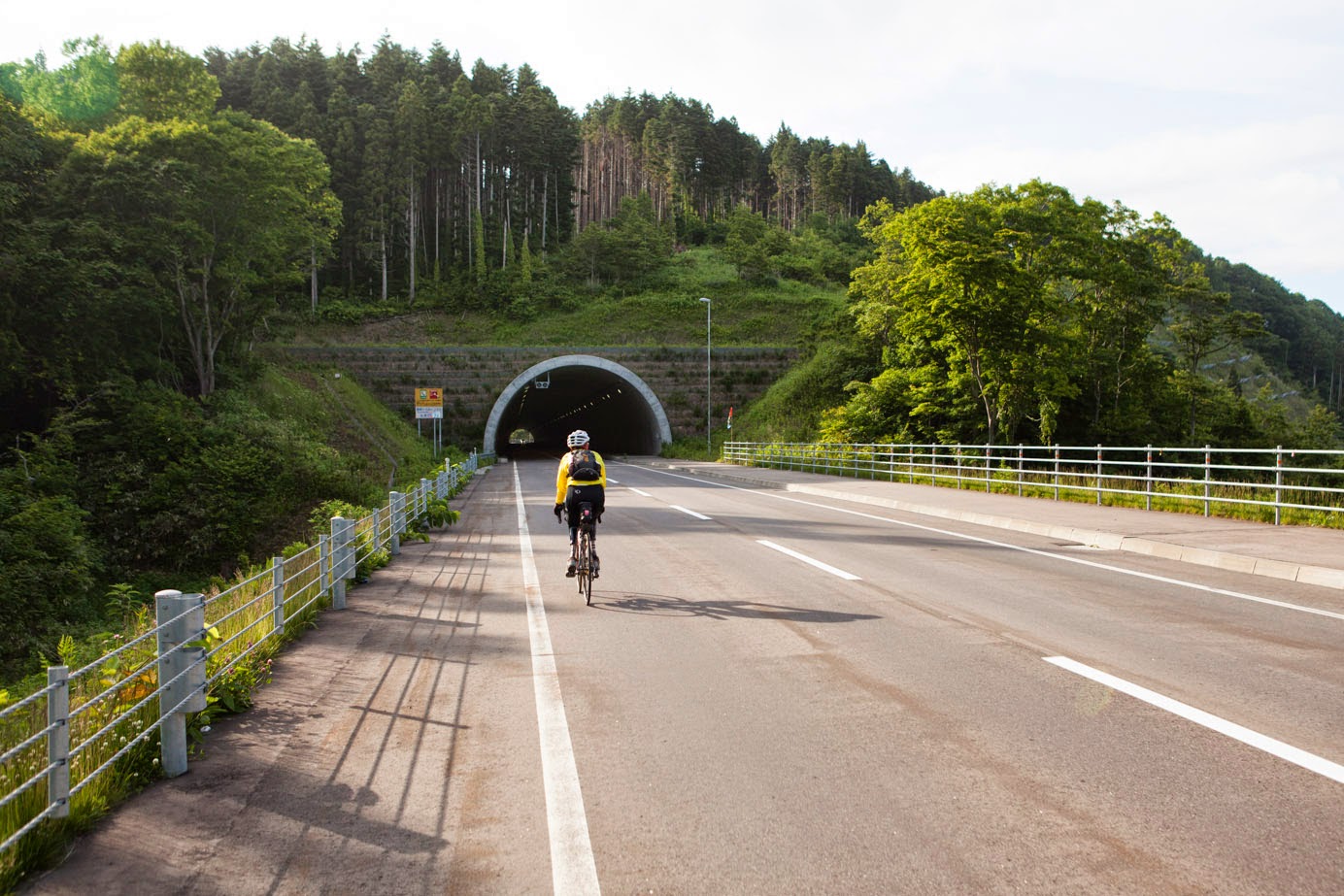 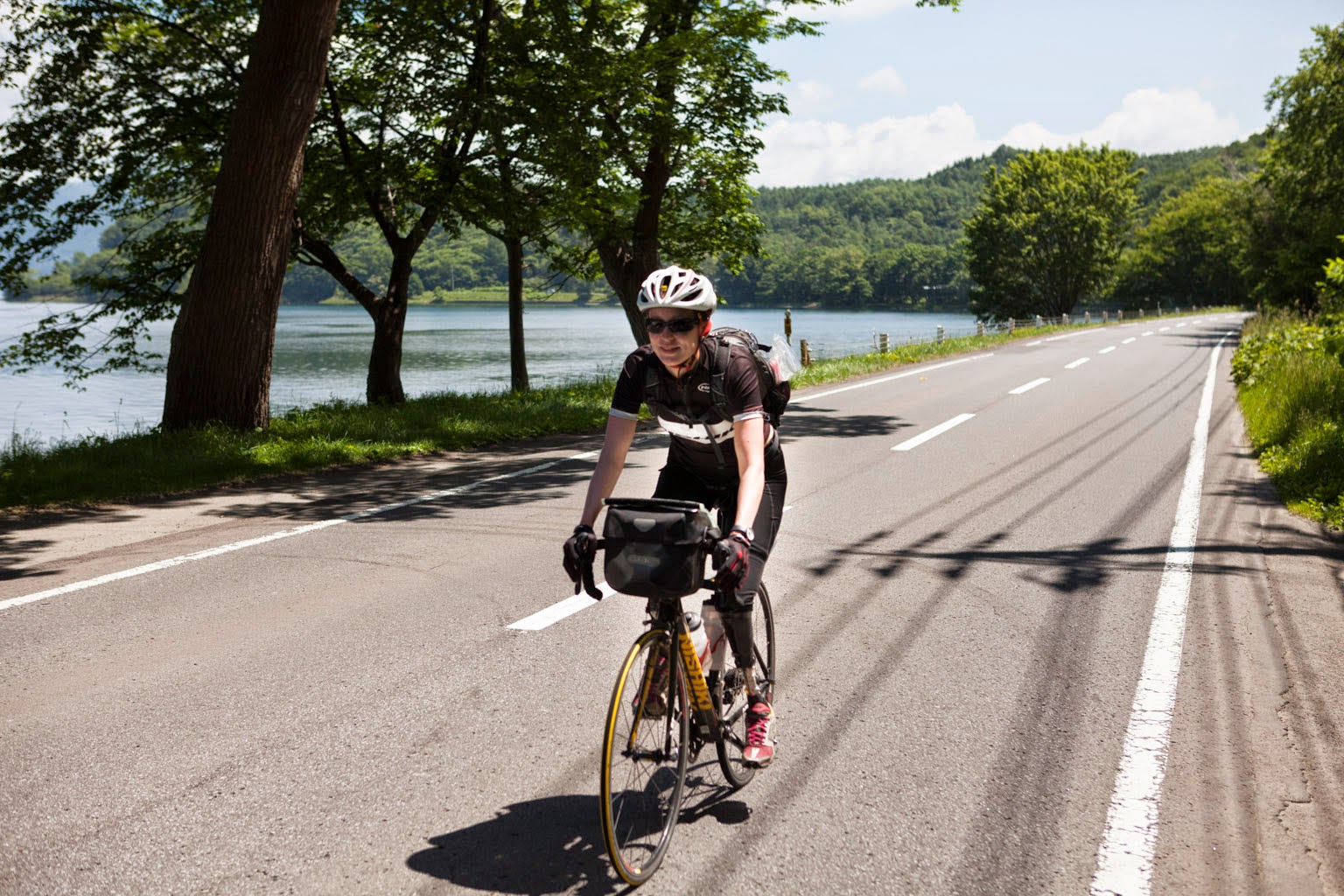 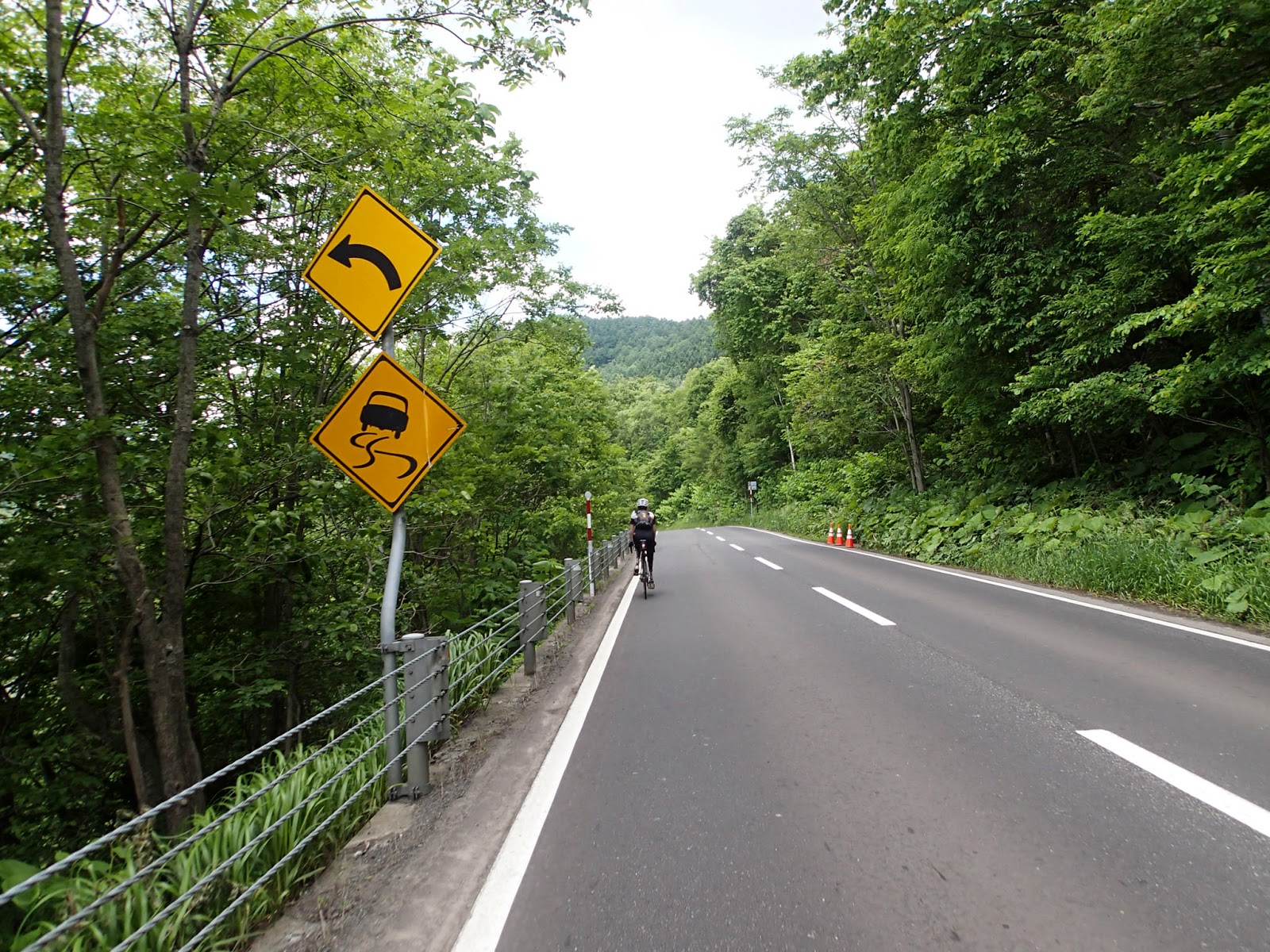 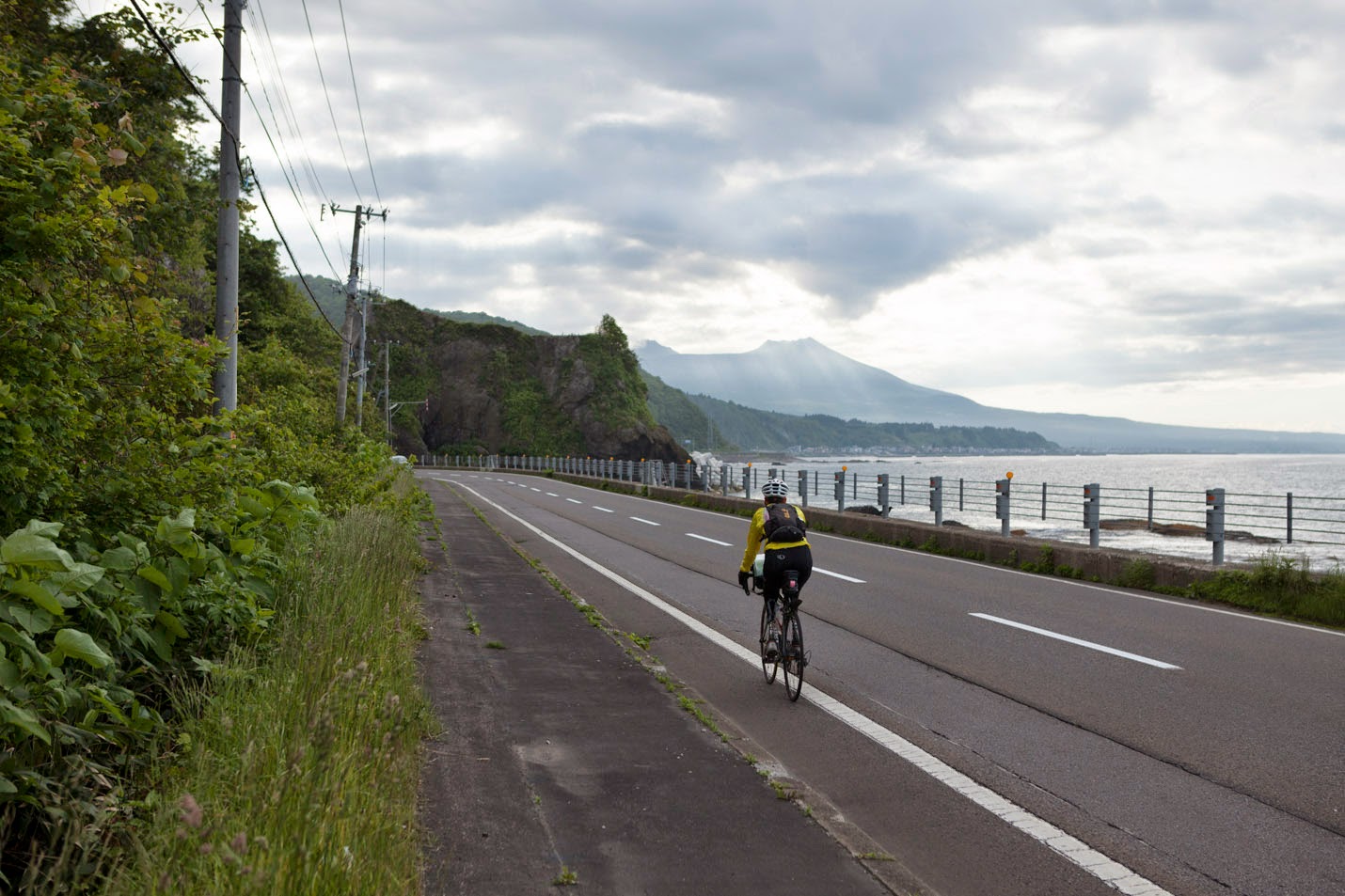 We left the coast in Toyako to cycle through the Shikotsu Toya national park, which had been recommended to us by a nice Japanese-Australian couple we met on the road. The steep climbs, long downhills, mountain views, clear lakes, small onsen towns and lush forests were the perfect ending for our trip, a combination of what we had most come to love about Japan.
Posted by Kaisa & Christoffer Leka at 6:56 AM 1 comment: